The Best Cities For Working Mothers 2011 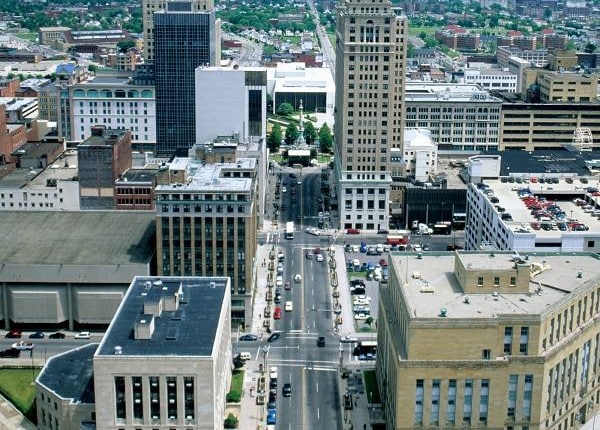 For the third consecutive year, ForbesWoman has tracked down the data and tallied the numbers to determine the best U.S. cities for working moms and their families to call home—and this year’s No. 1 is a real surprise.

Buffalo, NY, rocketed from last year’s No. 10 spot to become FORBES 2011 No. 1 Best City For Working Mothers, knocking several other cities—including last year’s No. 1, New York City, from the top 10. Buffalo is home to one of Working Mother’s best companies, State University of New York at Buffalo, where employees are given a generous  28 weeks of job-guaranteed time off when they give birth, father or adopt a child.

Jobless levels in the upstate region are lower than they are in 70% of the nation’s biggest metro areas, and wages, which had been stagnant in 2008 and 2009 saw new momentum last year. Pair all that with lower than average crime rates, a low cost of living and the highest per-pupil expenditure of any city on our list, and it’s clear Buffalo is an attractive locale for savvy working mothers. Amy Jo Lauber, a financial planner in the area, and a member of the Buffalo-Niagara chapter of NYS Women’s Inc.says there is also an uptick in female entrepreneurs in the area, citing the Women’s Business Center at Canisius Collegeas a valuable resource.

To determine the rankings we began with the largest 50 metropolitan areas by population. After that, however, the notion of “what’s best” means different things to different women. Job opportunity and high earnings potential are, of course, at the top of the list, and so we tracked women’s weekly earnings from the U.S. Bureau of Labor Statistics. A successful career can be the foundation of a stable and comfortable family life.

The full ranking of the 50 Best Cities For Working Mothers can be found at the end of this post.

But it takes much more than a steady paycheck and healthy employment rate to land a city on our list. Safety, healthcare and education rank high on a working mother’s list of priorities. We’ve taken into account the number of practicing physicians, school district per-pupil expenditure, provided by Sperling’s Best Places and the violent crime rates as reported annually by the FBI Uniform Crime Report.

Cost of living also ranks highly on the checklist of considerations when choosing a city to raise a child. We turned to the ACCRA Cost of Living Index, which is recognized by the U.S. Census, the Bureau of Labor Statistics and the President’s council of Economic Advisors, as the most reliable source for city-by-city comparisons. The most affordable city in the year’s top 10 is Pittsburgh, Penn., where the average home listing is a wallet-friendly $116,000 according to Sperling’s Best Places.

We’ve added a new data point on the list this year, one that reflects one of the most important factors in the lives of busy working mothers: time. According to theInternational Labour Organization, Americans put in the longest workweeks of any other industrialized nation. While we can’t shave down the time spent behind our desks, some women spend much more than others en route. According to Bert Sperling, author of Cities Ranked and Rated, who provided the data, New York women, for example, spend an average of 76 minutes commuting each day. That’s more than six hours every week spent away from their families, just one reason why the Big Apple fell from the top 10 on this year’s list.

Another new criterion that enriches this year’s ranking also jettisoned New York from the top: the rising cost of childcare. According to a new survey by the National Association of Child Care Research and Referral Agencies (NACCRRA), New York is among the costliest in the country for childcare and mothers spend roughly $13,000 on childcare for their infants when they return to work. In budget-friendly southern cities like New Orleans, mothers can expect to spend much less—just $5,900 annually—for childcare.

The full ranking of the 50 Best Cities For Working Mothers can be found at the end of this post.

Washington, D.C., another former top city fell from No. 2 to N0. 9 with the new metrics. Working women of the U.S. capitol are afforded the highest income of any other metro in the country, both general cost of living and childcare costs are well above the national averages.

New to the top 10 in 2011 are two Ohio cities, Columbus—recently named by FORBES as one of the best cities for women to build their own businesses–and Cleveland. Both cities feature lower than average cost of living, high employment rates, affordable daycare and commutes under 30 minutes. Virginia’s Virginia Beach and Richmond also have their moment in the spotlight, along with Milwaukee, Wis., upsetting last year’s No. 1 Minneapolis as the Midwest front-runner. Minnesota is among the most expensive states in the country for childcare at $12,900.

At the other end of the spectrum, Las Vegas comes in as the least attractive city for working mothers.  Sin City is home to the second highest violent crime rate in the country (to Memphis, Tenn., no. 48, which saw a whopping 1006 violent crimes for every 100,000 residents in 2010) and the highest unemployment rate on our list at 14.4% as of August 2011. Not surprisingly, the town best known for risk is among the worst in the country for number of physicians to population ratio. At just 168 to every 100,000 people, it pales in comparison to 361 in Boston, the city that scored highest in that ranking.

Does this year’s ranking stand up to your experience in your city? Where does your hometown fall? And what metrics can we add or change to better reflect what’s “best” for working moms?