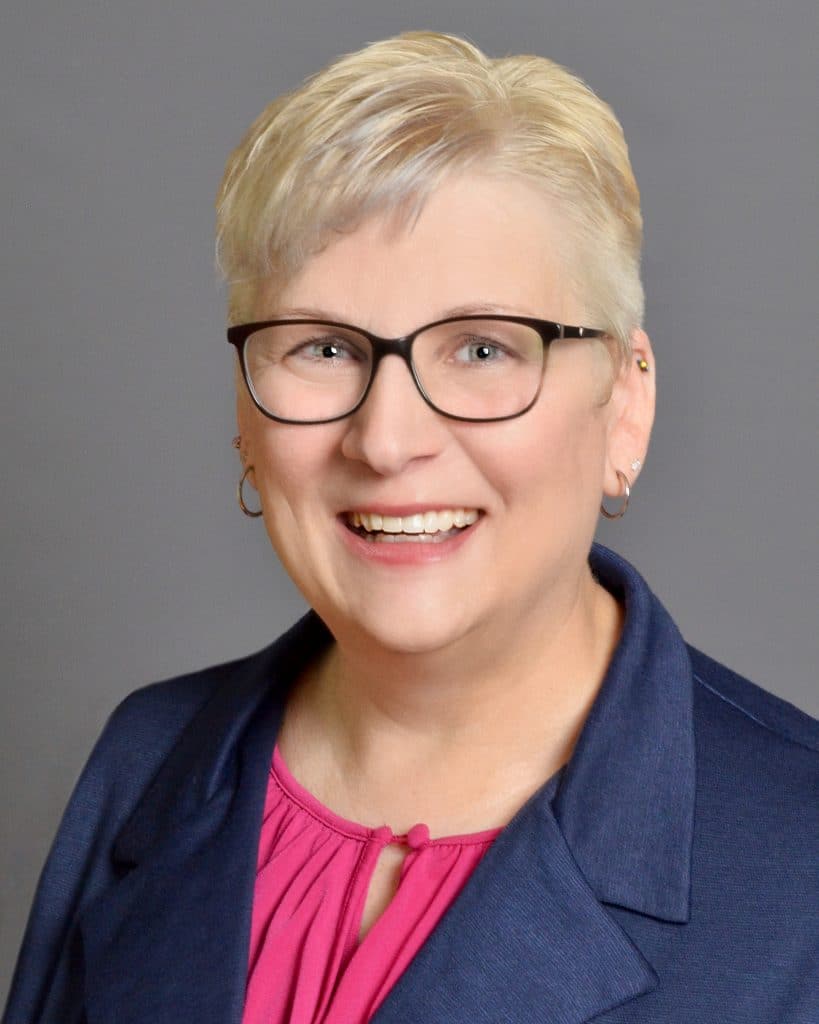 Kim is passionate about helping women succeed and brings over twenty-five years of experience working in the private, educational and government arenas.

Kim was born and raised in Buffalo, New York; however, in the early 1980’s, Kim ventured to the southwest United States, first completing her Bachelor of Science in Agriculture, with a major in Wildlife and Fisheries Sciences, and a specialty in Range Science, from New Mexico State University. From there, Kim worked for the U.S. Forest Service for over fifteen years. In addition, Kim had the opportunity to work in many locations throughout the southwest and around the United States, including: New Mexico, Arizona, Nevada, Colorado, Utah, California, and also at the Valdez Oil Spill, in Valdez, Alaska.

In 2009, Kim returned to Buffalo with her husband and two children and began a career in higher education. In 2015, while working at Daemen College, Kim earned her Master of Science in Executive Leadership & Change, with a specialty in Higher Education from Daemen College. Kim devoted her Master’s thesis to women’s leadership development and created: The Power Within: Unlocking a Woman’s Leadership Capabilities.

Search
Do NOT follow this link or you will be banned from the site!